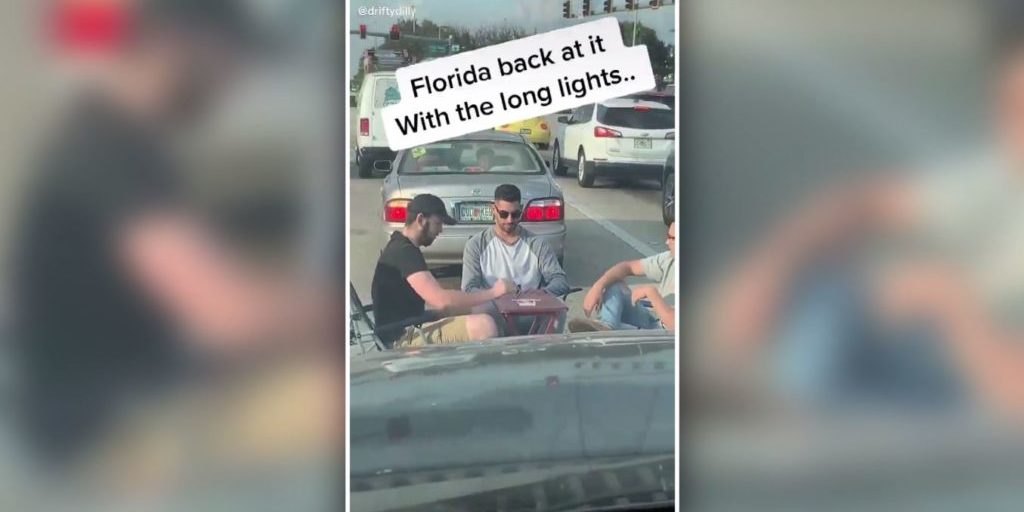 Increased traffic during season can make it seem like wait times at red lights last forever. A group of friends even made it a point to post a humorous video on social media, which has since gone viral, to make a point about traffic in the region.

We looked at how long the wait time really is at a busy intersection in Cape Coral.

One group of guys thinks the wait times in Cape Coral traffic is outrageous. They recorded a video on the social media app TikTok. In the video three friends can be seen sitting at a card table and playing “Uno” on the street while waiting for a light to change.

This happened at the intersection at Pine Island Road and Del Prado Boulevard in Cape Coral. Those friends who took the now viral video told us they’re shocked at how many people have already seen it. They call the wait times here “a problem” and hope they’re now getting noticed.

“We went to the stop light, threw everything up, sat there and acted like we were playing “Uno” for a minute,” Paxten Sester said.

Sester and his friends posted the now viral video on the social media app TikTok, poking fun at just how long it can feel to wait at one of the Cape’s busiest intersections.

The friend’s game in the street isn’t the first video they’ve taken at the intersection. A video with close to three million views is catching up over a red light.

“If you’re lucky you catch the green light, that would be one of your highlights of the day,” said. “But, if you don’t, you’re sitting there for another five minutes. And, I mean, find something to pass the time.”

We decided to look at how long wait times at that intersection are. We drove through the light around lunchtime and clocked a wait of about two minutes. That wait time went up by about 30 seconds come around 4 p.m.

But, add rush-hour traffic on there, and you could set up shop or, like these friends, maybe even play a game of cards.

“More people need more positivity, and it was a good way to get around a problem that people have,” Kjos said.

And, get this. We timed how long the green light lasts at the intersection around 4:30 p.m., and we clocked 28 seconds.

We reached out to a county spokesperson who didn’t respond specifically to the viral video but about how traffic signal timing works.