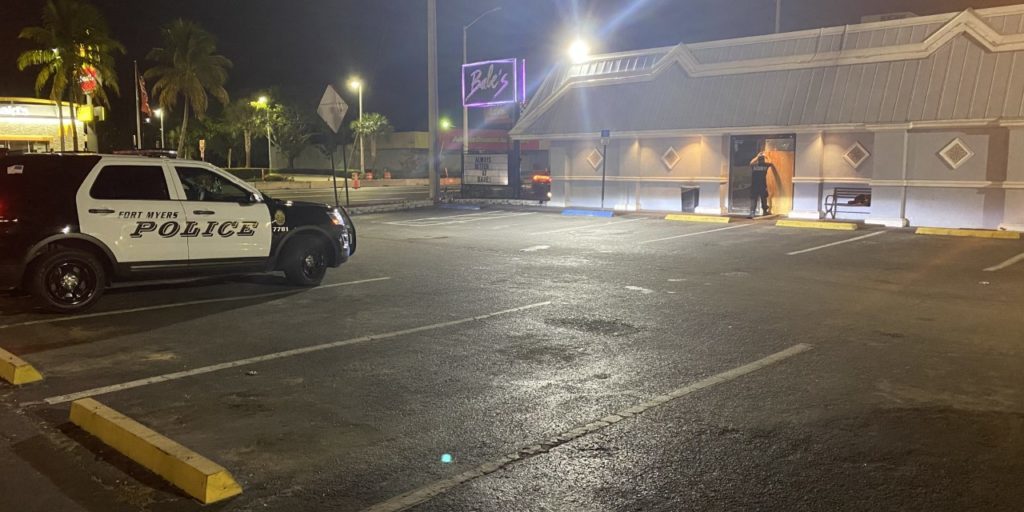 Fort Myers Police say they are on the scene of a shooting at Babe’s Night Club, on U.S. 41. where two men were transported to Lee Memorial Hospital with non-life-threatening wounds.

Police have secured the scene and are searching for the shooter who they believe acted alone, and then fled the scene in his vehicle.

The suspect lost control of his car, crashing near the intersection of Dr. Martin Luther King, Jr. Boulevard and U.S. 41 and fled on foot. Motorists should be advised that traffic is affected in both directions of MLK, Jr. Boulevard as the scene is investigated.

Police say this is an isolated incident and there is no danger to the public.