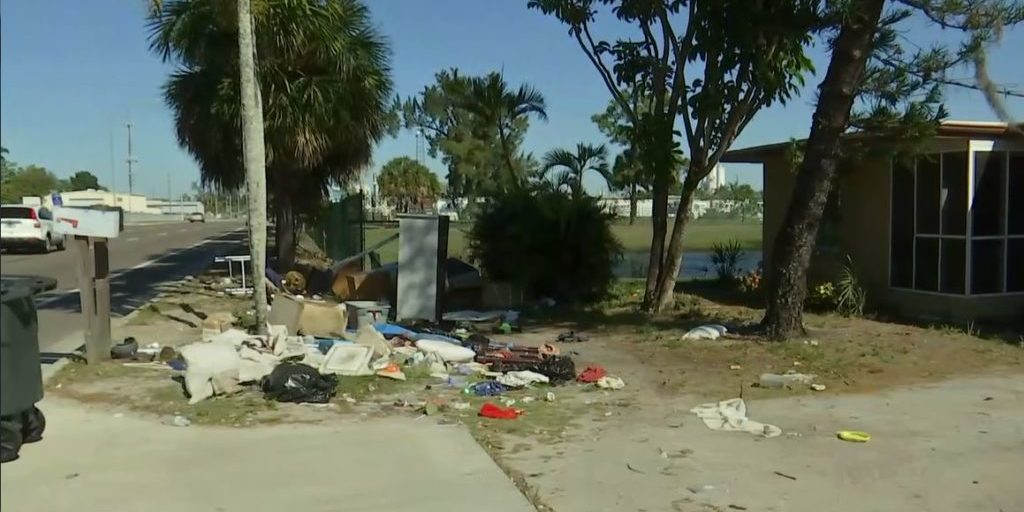 Pieces of furniture, clothing and garbage sprawled across the front yard of one Fort Myers home along Evans Avenue.

Neighbors say it’s been there for weeks.

Thomas Mikos says he called code enforcement about this “dump” three weeks ago and called again, and again, before late last week, the city came and issued the homeowner a citation.

But that didn’t get anyone to clean up the mess.

“The code enforcement officer has even come out to see me and I told him the problem and still, nothing has been done,” Mikos said.

We emailed the city Tuesday morning to find out what is going on.

When we went to the scene, a city garbage truck driver picked up a couch near the piles of trash, but left the garbage behind.

He said he came here once before and picked up what he could, but as for the rest, it’s up to the homeowner to get it cleaned up.

And if this mess isn’t bad enough, the door was left wide open, posing an even bigger hazard for neighbors.

“Well, the door’s open and anything can happen there, vagrants can come in there, who knows, something tragic could happen,” Mikos said.

Shortly after 3 p.m., the city’s “Rapid Response” team arrived on the scene.

Five workmen with a 20-ton truck made short work of the trash.

Now, neighbors are breathing much easier.

The city says they will bill the property owner for the cost of the clean-up.