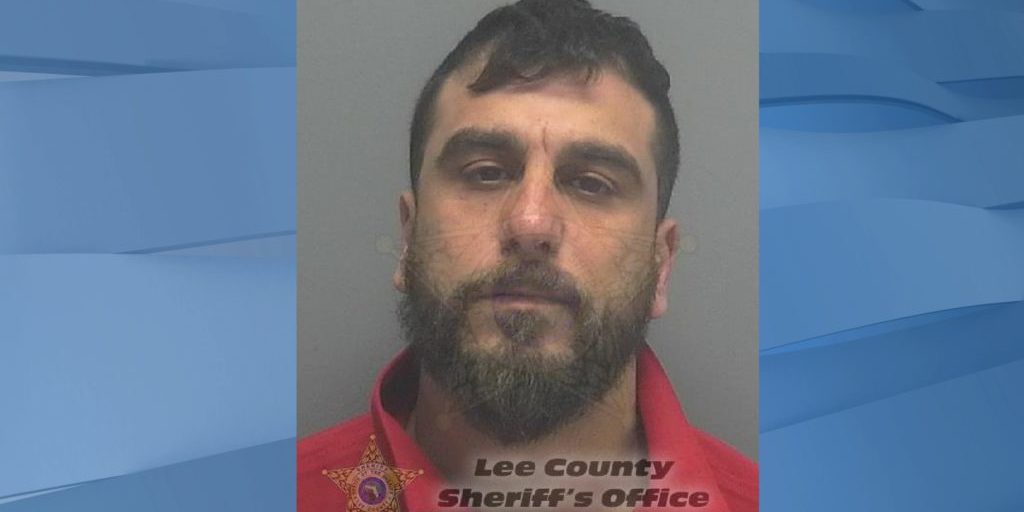 A man police say robbed an airport employee before carjacking a vehicle on Monday morning at the Southwest Florida International Airport has been arrested.

The suspect, Addi Tawfiq Maqableh, 36, faces charges of Aggravated battery (cause bodily harm or disability), Robbery (carjacking without a firearm or weapon), Kidnapping a minor (under 13 years of age), Kidnaping-false imprisonment, Larceny (grand theft, between $750 and $5k) and Vehicle theft (grand theft of motor vehicle).

Maqableh was a ticketed passenger on a United Airlines flight going to Houston. According to the Lee County Port Authority, Maqableh was fully screened by the Transportation Security Administration before entering the concourse. Soon after, the suspect stole a wallet or purse from an employee of a concourse restaurant.

Maqableh dashed with the stolen item out of the concourse. Upon reaching the curb, the suspect carjacked a vehicle, the LCPA release states. No weapons were used and the victims were emotionally shaken but were not physically injured.

Antonio Rivera, an employee at RSW, said the news and the fear spread throughout the terminal fast. When the suspect carjacked the vehicle, there was a “small kid in the backseat,” he said. But before he could drive away, the “woman took the little kid.”

The car, which was later abandoned, was located in the median of the airport access road, Chamberlin Pkwy.

Maqableh was arrested at Woodsprings Suites on Colonial Boulevard in Fort Myers.

A driver at the airport, Charlie Kurland, said he could not believe this incident happened in Florida at a safe place like RSW.

“My car is sitting there running right now and I would not think twice if somebody jumped in there and took it,” Kurland said. “It’s just not gonna happen.”