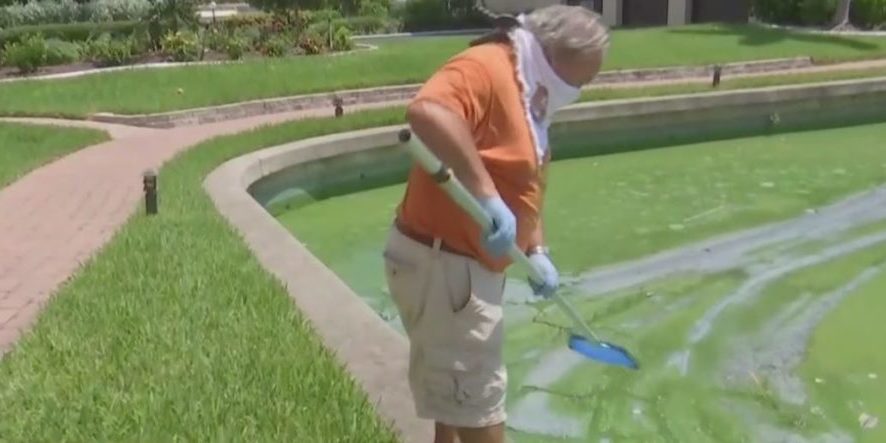 Researchers will soon know the impact toxic blue-green algae blooms have on you, coming a year and a half after the algae took over waters in Southwest Florida. A new paper breaks down how researchers will detect toxins in your body using blood, urine and samples from your nose.

Regardless of which Florida coast you live on, blue-green algae concerns linger.

Mary Radabaugh, a manager at Central Marine, told WINK News in 2018 that the gravity of the impact did not dawn on her until after the worst had passed.

What we’ve learned from 2016,” Radabaugh said, “is that we will shut the business down if it ever gets to that level again.”

Florida Atlantic University researchers have gained a better perspective on the algal blooms and the impact on the community. Adam Schaefer, a professor and epidemiologist at FAU Harbor Branch Oceanographic Institute, said the large study aims to understand the potential health effects of exposure to harmful algal blooms.

The idea is to sample people during bloom and non-bloom periods and test blood, urine and nasal samples. Republican Rep. Brian Mast, a Harvard educated politician and military veteran, said he supports the research.

“We need to have further testing,” Mast said, “to see what are the health implications of being exposed to these kinds of toxins.”

“That’s what this paper is about,” Schaefer said. “It’s really reporting the methods and our ability to detect microcystin and nodularin in human urine samples.”

FAU is partnering with Florida Gulf Coast University in its harmful algal bloom research to combine hair and air sampling. The research began in 2018 around the peak of algal bloom concerns and the same time and east coast marina manager shared her worries with WINK News.

“We do have studies now that tell us this is not safe for human health,” Radabaugh said.