You are here:
National News 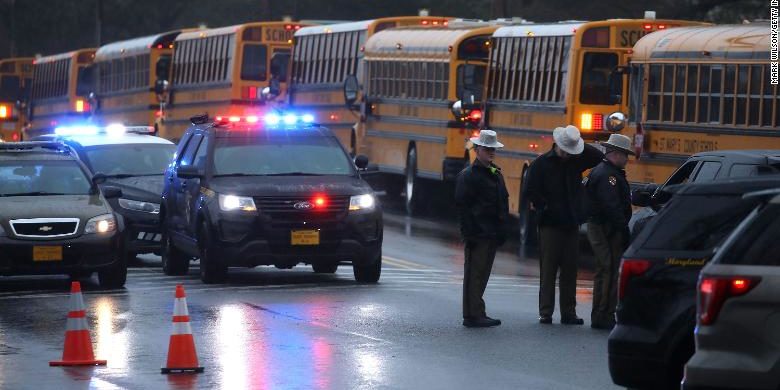 A gunman who shot and wounded two students at Great Mills High School in Maryland was killed Tuesday after engaging an armed school resource officer, an official said.

The resource officer, who wasn’t immediately identified, was not injured. Cameron said the gunman died after being transported to a local hospital. 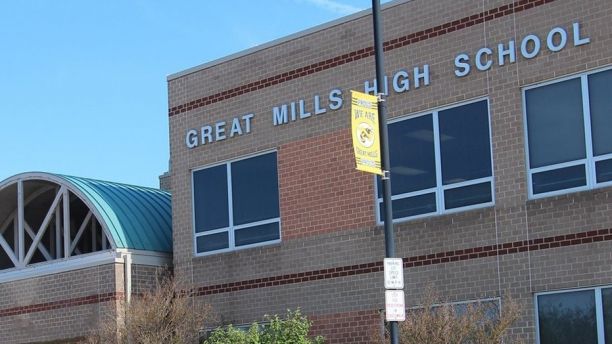 Earlier, the school was placed on lockdown and students were being evacuated to Leonardtown High School to be reunified with their parents.

The Maryland State Police along with the FBI and agents from the Bureau of Alcohol, Tobacco and Firearms are on the scene assisting with the investigation. The scene at the school which has about 1,600 students and is near the Patuxent River Naval Air Station was said to be “contained.”

“Maryland State Police is in touch with local law enforcement and ready to provide support. Our prayers are with students, school personnel, and first responders,” Hogan wrote.

House Minority Whip Steny Hoyer, D-Md., was en route to the high school, which is in his district, Fox News learned. He tweeted that he will be present for a press conference regarding the shooting at 1 p.m. ET.

Terrence Rhames, 18, a student at the school, told the Baltimore Sun he was standing with friends before class began when he heard a gunshot. He said he started to run and believed he saw a girl fall nearby.

“I just thank God I’m safe,” Rhames said. “I just want to know who did it and who got injured.

Jake Heibel, the principal of the school, told parents last month that the school had investigated threats of a possible shooting and found they were “not substantiated.” Heibel told parents that school officials interviewed two students in February who were overheard mentioning a school shooting and found that they posed no threat. His letter was posted on the local news site The Bay Net.

However, Heibel said the school still increased its security after social media posts about a possible school shooting “circulated quite extensively.”

Also last month, St. Mary’s County Sheriff’s office said it arrested two teenage boys for “Threats of Mass Violence” and a 39-year-old man on related charges after the teens made threats about a potential school shooting at Leonardtown High School, a high school about 10 miles from Great Mills. Police said they obtained a search warrant that led to them finding semi-automatic rifles, handguns and other weapons, along with ammunition.

The school is located about 60 miles from Washington, D.C. The St. Mary’s County Public Schools tweeted counselors and support staff would be on hand at Leonardtown High School.

The incident comes more than a month after the school shooting at Marjory Stoneman Douglas High School in Parkland, Fla. That massacre, carried out by a former student, left 17 people dead. The shooting also comes days before some 500,000 people were expected to march Saturday in Washington, D.C. to protest gun violence and push for gun control legislation.

This is a breaking news story. Check back for updates.

The Associated Press contributed to this report.