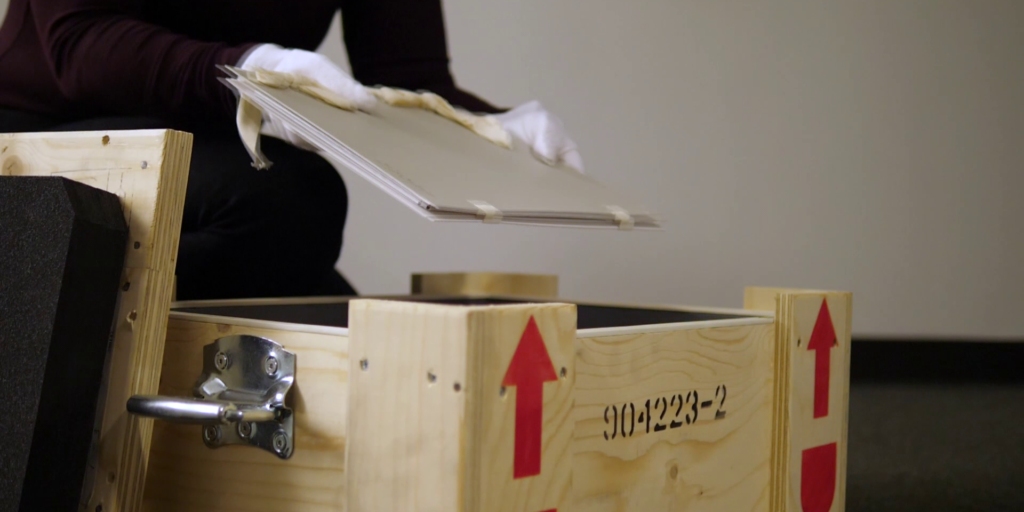 Compelling, emotional, heartbreaking, educational. All of these words serve as a reminder of a dark time in history — the concentration camps operated by Nazi Germany.

Now, several hand-selected artifacts have made their way to Florida Gulf Coast University.

Those behind the exhibit hope it delivers a message of compassion.

Every Holocaust survivor has a story.

“She actually took string and a needle and hid it in her boot for however long it took her to embroider ‘USA’ on her patch as a sign of defiance,” said Kinsey Brown, an English masters student at FGCU.

“This has actually never been displayed before, let alone in the United States,” Brown said. It’s a prison coat one Holocaust survivor held onto until the day she died.

Now, it’s here on display at FGCU’s exhibit on Ravensbrück, a Nazi concentration camp in Germany that housed women and children only.

“We installed this entire wall to kind of simulate the walls that were present at Ravensbrück,” Brown said.

Faculty and students went there and to Sweden where surviving prisoners went once freed. They brought back history.

“Going to Germany and Sweden to walk in their footsteps,” Brown said. And they did so, quite literally.

“Our archive group actually got to stand at the head of that staircase at exactly the same place those refugees did,” she said.

You’ll hear about the torture in the prisoners’ own words.

“They showed us the chimney stacks and said, ‘That’s the way you’re getting out. No other way,’” Brown read.

The trauma; the pain. But those victims, also fighters.

“I think if we can key in on teaching our students to be compassionate and kind, then that’s ultimately the most important,” Brown said.

If you’d like to see the exhibit for yourself, it opens to the public on Feb. 4.

For more information on the exhibit “To Life: The Liberation of Ravensbrück,” you can watch the video below, or click here.