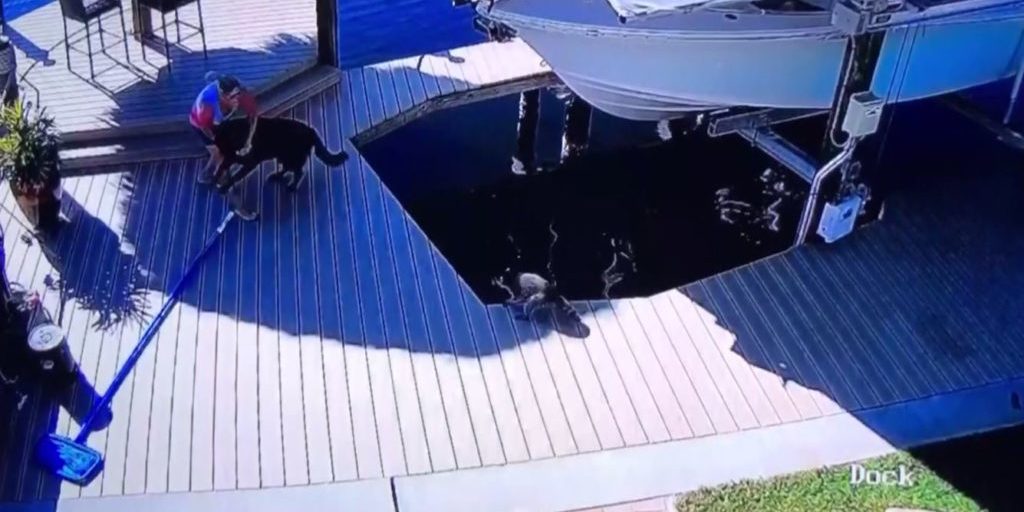 A video from a home in Southwest Florida shows a raccoon chasing a woman’s dog. Neighbors are worried. They say that’s not normal for raccoons to be out during the daytime.

A woman in Cape Coral saved her dog from a raccoon recently. Thankfully, the dog had all her vaccinations. And, thanks to the owner’s quick thinking, the raccoon didn’t come close to the dog or hurt either of them.

“I looked at the feed, and I thought, ‘Oh, my God. I cannot believe,’” Vito Romano said.

Romano says his wife would do anything to protect their dog, Sadie. The video that captures the raccoon encounter shows her bravery, as she defends her pup from the wild animal.

“Looked like it was maybe, I don’t know, trapped,” Romano said. “And it was going to attack anything in its path.”

Tim McShane and his three dogs live right next door to the Romanos.

“First of all, a raccoon out in daylight usually indicates an illness like rabies or something,” McShane said. “So, yeah, that’s a little scary.”

Later that night, the raccoon was spotted in other lawns nearby, and neighbors were able to trap the critter.

“She’s a pretty relaxed dog,” Romano said. “I thought she would be more aggressive.”

The family called animal control and Sadie’s veterinarian. To protect pets from wildlife, FWC said it’s important to secure them and make sure they have all their necessary vaccinations.

”That’s just someone protecting her baby,” Romano said. “That’s all really what it comes down to. Right, Sadie?”