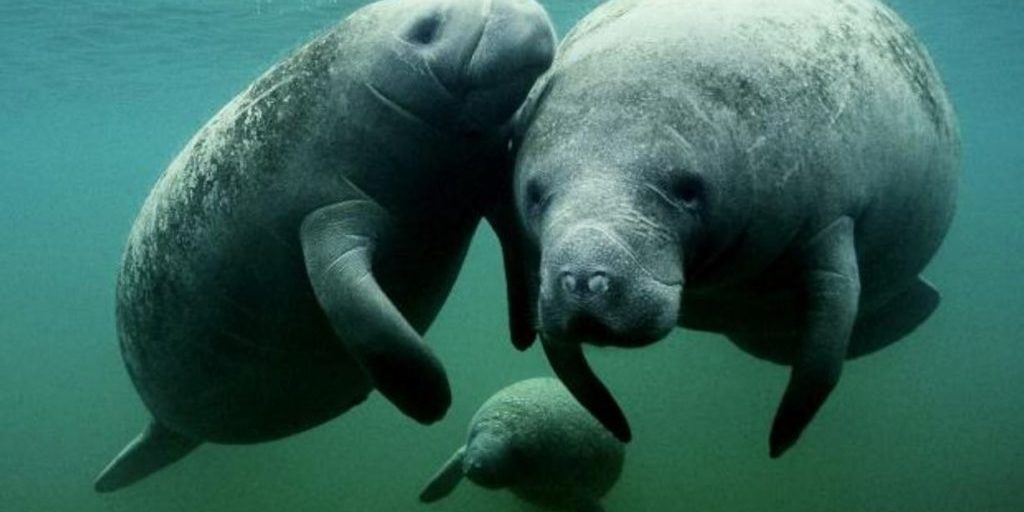 Right now is the best time to see manatees in their natural habitat. Near Manatee Park in Fort Myers, the gentle giants are gathering around the power plant to keep warm during our unusually cold temperatures.

A bunch of sea cows swimming peacefully is an extraordinary sight for Carrie Whitehouse’s grandaughter, Frankie, who is witnessing manatees in person for the first time.

“Look at that!” Frankie said as she points to the manatees. “What’s that!”

It is an experience Carrie hoped to share with Frankie before she goes back to Ohio – sea cows popping in and out of the water at Manatee Park.

”We were here three days ago when it was warm,” Carrie said. “Not one here. They actually kayaked and it wasn’t out there, either.”

Now on this cold day, the gentle giants are here just in time. The best time to see the gentle giants at Manatee Park is in late December, January and February when the gulf temperatures are typically below 68 degrees. After 2019’s record-breaking numbers of manatee deaths from boats, it is a treat to see the animal playfully enjoying the water.

”The fact that they can come here and have some refuge,” Carrie said, “is real nice.”

Manatees are mostly solitary animals. They sleep for about half the day while the remainder is devoted to munching on different kinds of seagrass. They consume up to 10% to 15% of their body weight each day. Most manatees weigh around 850 pounds to 1,200 pounds.

Young manatees are especially curious, often inspecting kayakers when they steer by them. As a whole, sea cows are mostly known for being friendly. During the busy season, these manatees are teaching valuable lessons to more viewers at the park Wednesday afternoon.

“Just peaceful,” Betty Cabin said. “If everybody could live that peaceful.”