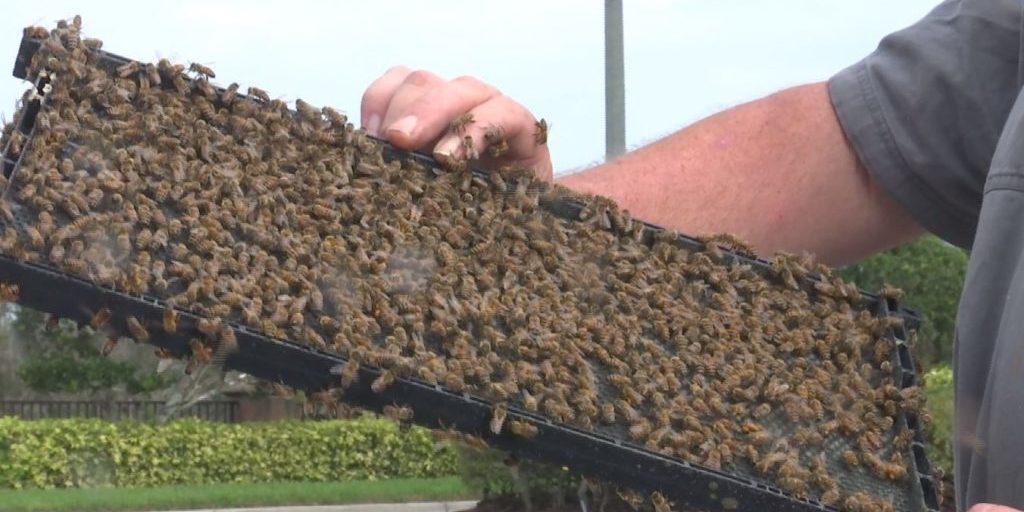 A man was concerned a hive of bees in Southwest Florida would be exterminated. He took action and succeeded in helping them get moved to safety.

The homeowner’s association at Moody River Estates in North Fort Myers moved 40,000 bees and the hive to a bee farm Friday after resident Al Young encouraged them to do so.

This comes after there had been a plan to wipe out all the bees because there was a large hive stuck in a column at Moody River Estates.

Young got busy and reached out to his neighbors.

“I got about 75 responses through Nextdoor and texting, ‘This is terrible, They’re going to murder the bees,’” Young said.

It became a small cause to some but held a bigger meaning for Young, who is a Vietnam War veteran and retired law enforcement officer.

“It’s just natural, when I see something in danger like that, it’s got to be taken care of,” Young said.

Young’s cause took off, and, now, the plan is to save the bees.

“They found the hive could be moved” Young said. “So they contacted the farms today, going over to actually remove the beehive. So it’s a happy end of the story.”

And it serves as a lesson to us all.

“With anything you do, it’s got to be investigation and then decision to decide the death penalty,” Young said.

These bees get to live and get a new home at a nearby farm, thanks to special advocate Young — who happens to be allergic to bees.

“They made the right decision,” Young said.