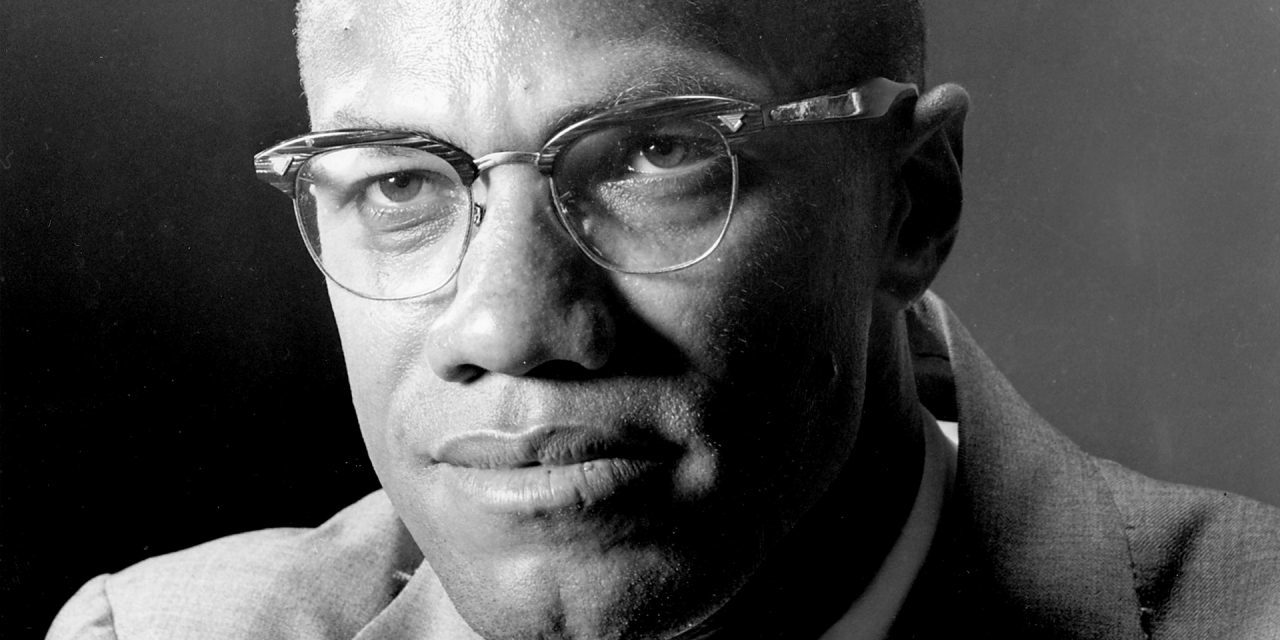 Malcolm X, the activist and outspoken public voice of the Black Muslim faith, challenged the mainstream civil rights movement and the nonviolent pursuit of integration championed by Martin Luther King Jr.He urged followers to defend themselves against white aggression “by any means necessary.” Born Malcolm Little, he changed his last name to X to signify his rejection of his “slave” name. Charismatic and eloquent, Malcolm became an influential leader of the Nation of Islam, which combined Islam with black nationalism and sought to encourageand enfranchise disadvantaged young blacks searching for confidence in segregated America. After Malcolm X’s death in 1965, his bestselling book The Autobiography of Malcolm X popularized his ideas, particularly among black youth, and laid the foundation for the Black Power movement of the late 1960s and 1970s.

Born Malcolm Little in 1925, in Omaha, Nebraska, Malcolm was the son of a Baptist preacher who was a follower of Marcus Garvey. After the Ku Klux Klanmade threats against his father, the family moved to Lansing, Michigan. There, in the face of similar threats, he continued to urge blacks to take control of their lives.

In 1964, Malcolm X made a pilgrimage to Mecca and changed his name to el-Hajj Malik el-Shabazz.

Malcolm’s father was slain by the Klan-like Black Legionaries. Although he was found with his head crushed on one side and almost severed from his body, it was claimed he had committed suicide, and the family was denied his death benefit. Its disintegration quickly followed: welfare caseworkers sought to turn the children against each other and against their mother, from whom Malcolm, then six, was taken and placed in a foster home. Mrs. Little underwent a nervous breakdown from which she never recovered.

After the eighth grade, Malcolm dropped out of school, headed for a life of crime. He wore zoot suits, straightened his hair to affect a white look, and became known as “Detroit Red.” When twenty-one, he was sentenced to prison for burglary and there encountered the teachings of Elijah Muhammad, leader of the Lost-Found Nation of Islam, popularly known as the Black Muslims. Muhammad’s thesis that the white man is the devil with whom blacks cannot live had a strong impact on Malcolm. Turning to an ascetic way of life and reading widely, he began to overcome the degradation he had known. The argument that only blacks can cure the ills that afflict them confirmed for Malcolm the power of Muhammad’s faith. He became a loyal disciple and adopted X–symbolic of a stolen identity–as his last name.

After six years Malcolm was released from prison. Later, he became the minister of Temple No. 7 in Harlem, his indictments of racism and his advocacy of self-defense eliciting admiration, as well as fear, far beyond the New York black community. Whites were especially fearful, recoiling from his sustained pronouncements of crimes against his people. While most contrasted him with Martin Luther King, Jr., with whose philosophy they were much more at ease, white college students found ugly truths in his searing rhetoric of condemnation. Malcolm, however, grew increasingly restive as the Nation of Islam failed to join in the mounting civil rights struggle and became convinced that Elijah Muhammad was lacking in sincerity, a view painfully validated by corruption at the highest level of the organization. For his part, Muhammad seemed threatened by the popularity of Malcolm, whose influence reached even into the respected Student Non-Violent Coordinating Committee (SNCC).

Malcolm’s assertion that President John F. Kennedy’s assassination amounted to “the chickens coming home to roost” led to his suspension from the Black Muslims in December 1963. A few months later, he left the organization, traveled to Mecca, and discovered that orthodox Muslims preach equality of the races, which led him to abandon the argument that whites are devils. Having returned to America as El-Hajj Malik El-Shabazz, he remained convinced that racism had corroded the spirit of America and that only blacks could free themselves. In June 1964, he founded the Organization of Afro-American Unity and moved increasingly in the direction of socialism. More sophisticated than in his Black Muslim days and of growing moral stature, he was assassinated by a Black Muslim at a rally of his organization in New York on February 21, 1965. Malcolm X had predicted that, though he had but little time to live, he would be more important in death than in life. Foreshadowings of his martyrdom are found in The Autobiography of Malcolm X. The almost painful honesty that enabled him to find his way from degradation to devotion to his people, the modest lifestyle that kept him on the edge of poverty, and the distance he somehow managed to put between himself and racial hatred serve, in that volume, as poignant reminders of human possibility and achievement.

Influenced largely by Malcolm, in the summer of 1966 members of SNCC called for black power for black people. Their lack of power was the foundation of Malcolm’s charge that they were denied human rights in America. His clarity on this matter, as America continues its retreat from its commitment to full freedom for his people, has guaranteed for him pride of place among black leaders.