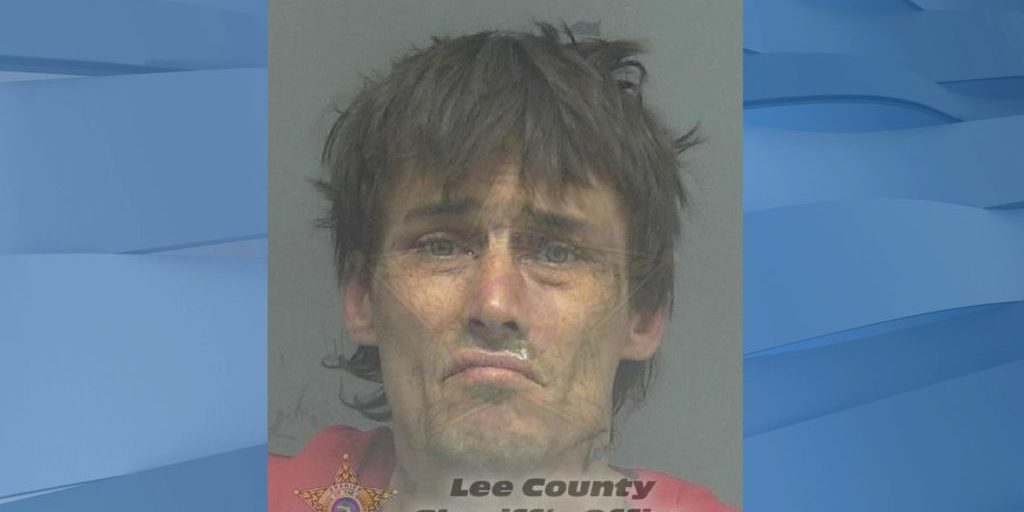 Sunday, Lee County Sheriff’s Office arrested suspect Robert Dean Lawrence, 40, after they say he attacked one of its K9 dogs while deputies were in the process of apprehending him on felony battery charges in North Fort Myers.

Lee County deputies were working to track Lawrence through dense forest in North Fort Myers off US-41 just south of Del Prado Boulevard near a homeless camp.

Neighbors nearby were wondering why they heard helicopters above them overnight. They were more shocked to learn it was for a violent man who attacked a K9 dog right behind a RaceTrac close to their homes.

Lawrence ran from deputies. That’s when they called in air support and a K9 team. Deputies say Lawrence then attacked deputy dog, Koa, that went after him. Reports show he wrapped both legs around the dog and grabbed his head in a “malicious manner,” and deputies had to quickly rush in and strike Lawrence to let the dog go.

“Well, any of my neighbors could be that too,” neighbor Janice Pouliot said. “You know, it isn’t anything I worry about.”

Reports also say the dog, its handler and Lawrence all had to deal with rough terrain, including sinking deep into mud and thick brush.

We are working to find out Koa’s health status.

Lawrence is listed as being homeless in North Fort Myers. Lawrence faces additional felony charges for attacking a police dog and resisting an officer without violence.

Lawrence is in custody at Lee County Jail without bond set.