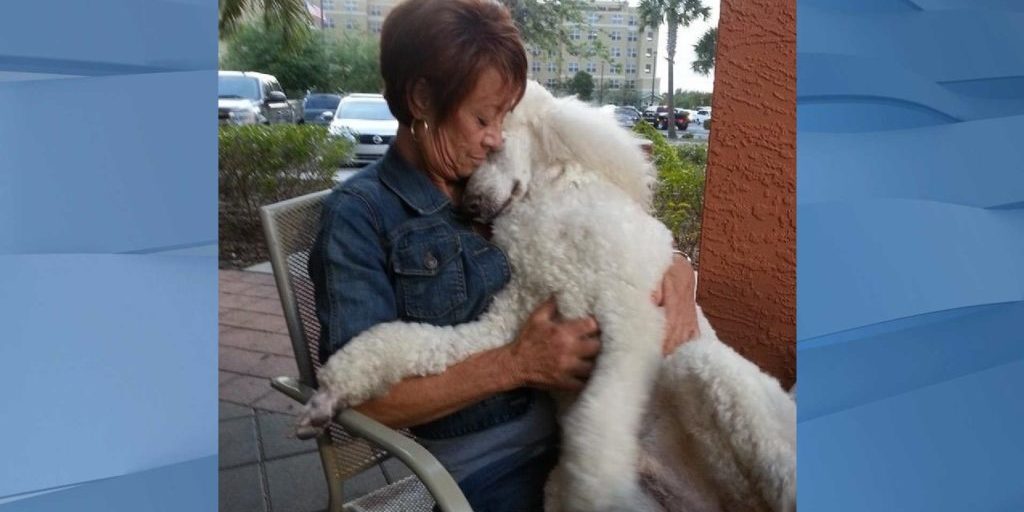 Investigators have the hit-and-run car in the death of Kate Johnson and her dog, Diva. Now they need to find the suspect. As the search continues, their loved ones are begging for answers.

Phish Ross, the victim’s boyfriend of 10 years, said there is a big piece of his heart missing.

“When you have somebody that is tragically taken from you in this fashion,” Ross said, “it makes it even harder.”

Johnson and her dog, Diva, were killed on McGregor Blvd. last week. Now, Ross’ dog, Bodie, does not understand where his best friend, Diva, went.

“He misses her, yea,” Ross said. “You can tell he’s out of sorts. That was his playmate.”

Florida Highway Patrol named Rosalina Tejeda Diaz as its prime suspect. Ross believes she could not have escaped detection without help.

“They’re just as criminal,” Ross said regarding his speculation. “This is a criminal act.”

Peter Dennis, a criminal defense and civil litigation attorney based in Fort Myers, agrees with Ross. The suspect faces a first-degree felony charge for leaving the scene involving a death. Dennis told WINK News that anyone who helps Diaz is committing a serious crime.

“Second-degree felony,” Dennis said, “which the person might be helping out or hiding the car or has information, they could go to prison for up to 15 years. So it’s a very serious crime.”

FHP Lt. Greg Bueno hopes Diaz turns herself into authorities. But since she has not, that is where you can make a difference.

“If you know something, say something,” Lt. Bueno said. “Because all of us have family members that use the same roads and we have to have a mutual level of respect and accountability on our roadways.”

Lt. Bueno told us he could not share much about the investigation, besides that FHP is working around the clock to find the suspect. He also said never to leave the scene of the crime because that will always make it worse.

“We’re getting the word out and that’s what we got to do to catch this person,” Lt. Bueno said. “Cause obviously, they’re not going to turn themselves involuntarily.”