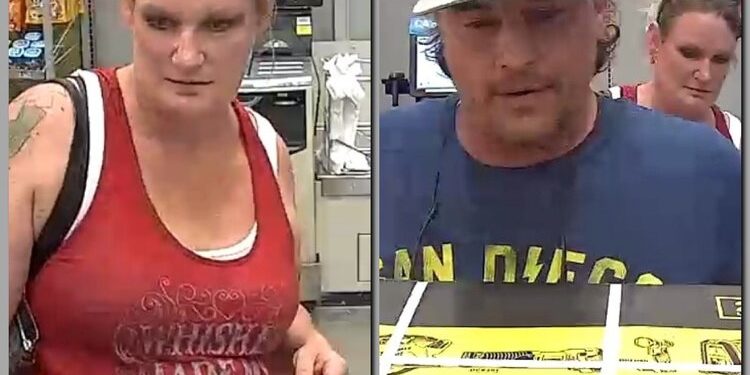 Cape Coral police say they are searching for suspects who used stolen credit cards at Lowe’s to purchase over $500 worth of merchandise.

According to CCPD,  on Jan 9, the two suspects entered a Lowe’s store with a stolen credit card and made a purchase for over $500 on the card. They appear to be both middle-aged, one a woman with dirty blonde hair and the other a man with brown curly hair.

Both also had tattoos visible on their arms. The man was wearing a “San Diego” t-shirt with the letter I shaped like a lightning bolt (possibly San Diego Chargers), and the female was wearing a red tank top emblazoned with “Whiskey Made Me Do It.” 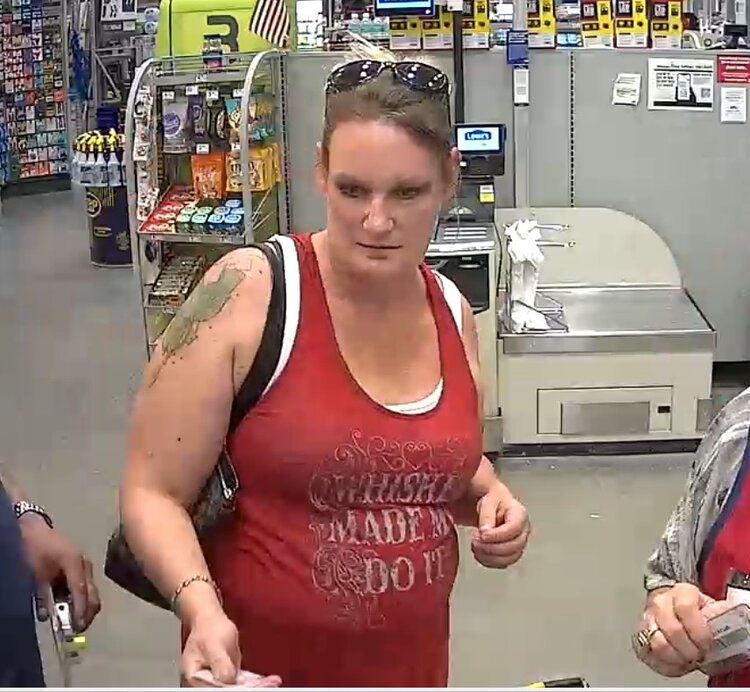 Anyone with information on the identity of these suspects is asked to contact the Cape Coral Police Department at (239) 574-3223 and reference case number 20-000739. You can also submit an anonymous tip.