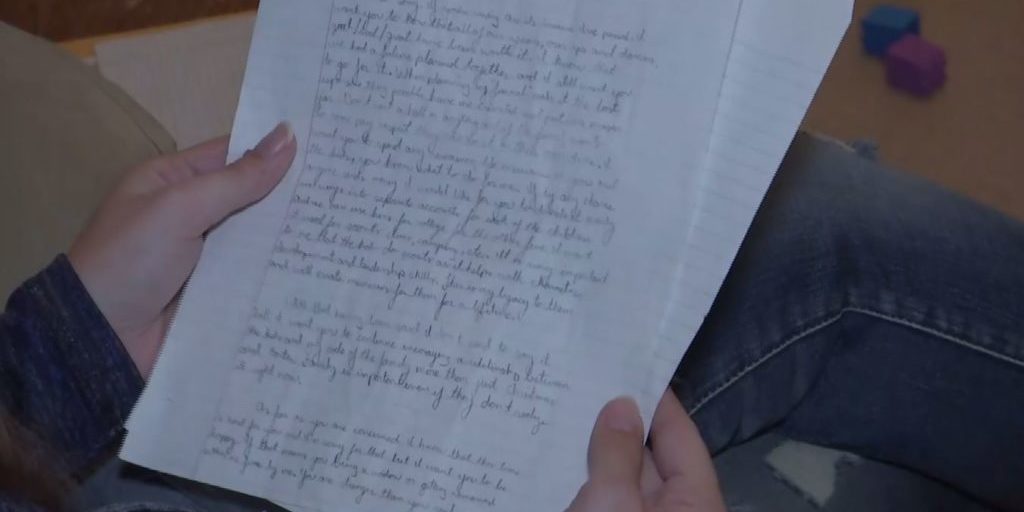 A Southwest Florida family of eight, whose father and husband died at the end of last year, found a heartbreaking letter he wrote prior to his death.

We reported in December about the death of Oak Gregg-Donaldson in Cape Coral. Oak’s wife, Teri, had just given birth to their newest family member when he died hours later after a blood clot got into his heart the week before Christmas.

Teri recently found a letter he wrote to her 18 months before his death when he was about to undergo shoulder surgery. We met with Teri, and she told us why she is using the letter as inspiration.

Teri said she found his letter days after his untimely death. Now, he’s her guardian angel.

“I hear his voice when he says these things, telling me that I’m strong,” Teri said.

Teri found two more letters written before he went into surgery in 2018 for his shoulder.

“I’m comforted knowing that he was prepared,” Teri said. “It makes me feel his presence definitely”

Teri is left to raise her seven children on her own and take on all of the expenses that come with it.

“We have the day care expense now,” Teri said. “I have to find a new home. I need something a little larger to accommodate all of us, and I still have to purchase a passenger van.”

Family, friends, neighbors and a community have rallied around the Gregg-Donaldson clan, raising over $75,000. Although no amount of money can fill the void Oak left behind, the letter is a step toward healing for Teri and her kids.

“How am I going to shape the kids into who they’re supposed to be without him?” Teri said. “Now, I feel like I have a piece of him to help me do that.”

People continue to raise money to help Teri and her family. Community members are organizing fundraisers to help get the Gregg-Donaldson family a large passenger van and to help with medical and funeral expenses. Also, Teri’s mother, Patti Town Armbruster, set up a GoFundMe under the name “Rowan & Family.”

All branches of First Horizon Bank of Cape Coral will also be accepting donations in the form of checks made out to Teri Gregg-Donaldson to provide help in the family’s time of need.

“I love you always and forever, Oak ‘Baloo,’” Teri said.