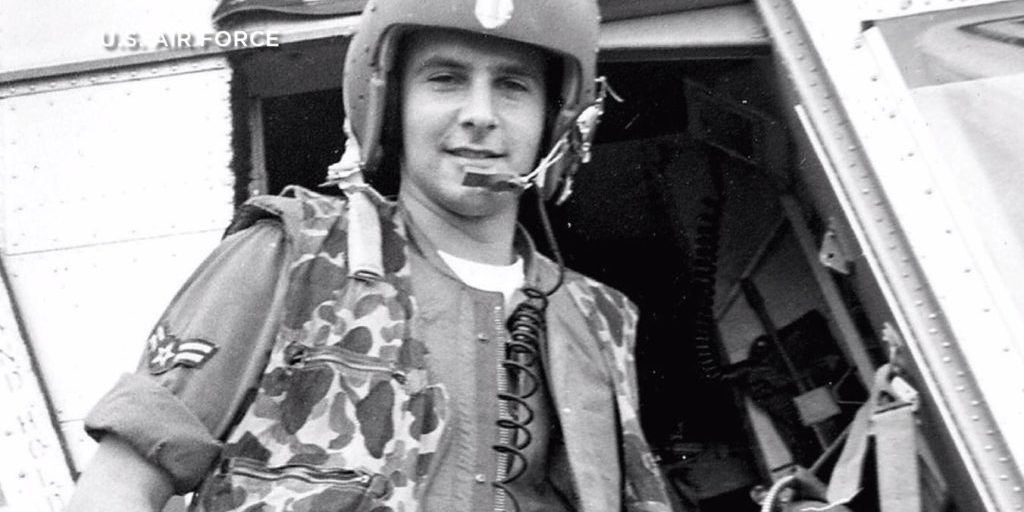 “The Last Full Measure” hit movie theaters Friday. It’s based on the true story of war hero William H. Pitsenbarger. His name is well known in the U.S Air Force, and his heroic actions in Vietnam saved dozens of men.

We sat down with one of Pitsenbarger’s childhood friends, who now calls Bonita Springs home, and he remembered his dear friend with us recently, ahead of the new film made in his honor.

Drive around Piqua, Ohio, a small town just outside Dayton, and it’s hard to miss the signs of Pitsenbarger’s legacy. Sutton remembers a time before Pitsenbarger’s heroic actions went down in history, a time when “Pits,” as he was known, was just a kid like him.

“I met him right after he graduated high school,” Sutton said. “I took him to this dance place up in Greenville, Ohio. He won a dance contest up there, he and this girl.”

Sutton remembers after graduation, “Pits” enlisted in the Air Force and soon was shipped off to basic training and then to Vietnam, where he was a pararescueman.

“He just was dynamic,” Sutton said. “You meet him one time, and you had a friend.”

During a rescue operation in 1966, Pitsenbarger was lowered into an active battle in the jungle to evacuate wounded soldiers. It would go down as one of the bloodiest days of the war.

After getting nearly a dozen soldiers lifted to safety, Pitsenbarger refused rescue and stayed on the ground to help more soldiers still under gunfire.

Sutton remembers getting a call from his wife.

“I have bad news for you,’” Sutton recalled his wife telling him. “I said, ‘What?’ She said Bill Pitsenbarger got killed. I said, ‘What?’ That’s how I found out about my buddy.”

It took decades, but in 2000, Pitsenbarger was awarded the Medal of Honor, which was received by his parents.

“It took so damn long to get him this achievement, this notoriety, and the boy deserved it,” Sutton said. “The next day, after they found his body. Hell, he saved 60 guy’s lives.”

And now, 54 years after that heroic stand, a new movie is paying tribute to that fateful day, an important story to tell and to remember but still too raw for an old friend.

“To go and watch a friend get killed, I don’t know if I can or not,” Sutton said.