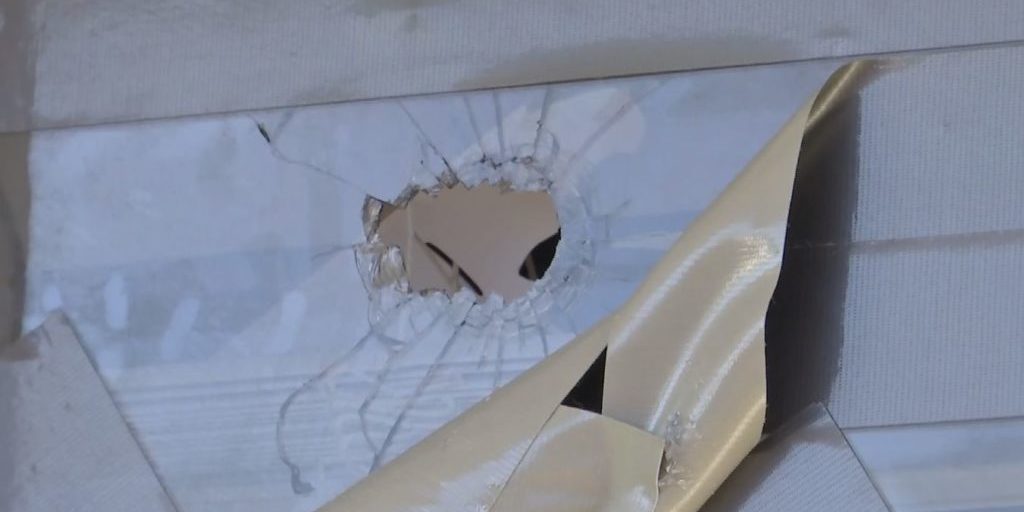 Sunday night, Cape Coral Police Department responded to a shooting at a Cape Coral home where one person was injured. And police say shots that were fired left bullet holes in the windows and walls of another home. That homeowner says one of those bullets went through his daughters’ bedroom.

According to CCPD, police were at a home along the 1400 block of SE 8th Place, south of Nicholas Parkway and west of Country Club Boulevard, where one person suffered minor injuries in a shooting. The shooting was also near CCPD headquarters and Cape Coral City Hall.

A homeowner told us he is thankful his 9-year-old daughter wasn’t home when a bullet went flying through a window at their home. He said he is stressed over his need to explain to her how the bullet hole got there. The bathroom in her room was also damaged by bullets fired near their home.

“The initial sound was just pop, pop in the air,” the homeowner said. “Two or three pop, pops in the air.”

The father in Cape Coral did not want to show his face during our interview with him. He was inside his family’s home over the weekend with his wife when bullets went through, shattering a window before going through three walls.

“I left that room probably 20 minutes before that bullet went through the window,” he said.

The sound of a single gunshot was captured by a nearby neighbor’s surveillance camera.

The shooting happened around 6 p.m. police say it looks like it was a drug deal gone wrong.

“The neighbors were fighting. They were pushing and shoving, and I saw one guy that had a gun,” the nearby homeowner said. “I ran back inside, told my wife to lock the door and call the police.”

Sunday night, police said there was no threat to the public after the report of the shooting. There is no word yet if anyone has been arrested.

The dad told us he remains thankful his child was not home when bullets went through their home and her room.

“Thank God she wasn’t here. I mean, I’m already upset as is,” he said. “But I would’ve been really more upset if she was here playing in her room with a bullet coming flying through the walls.”